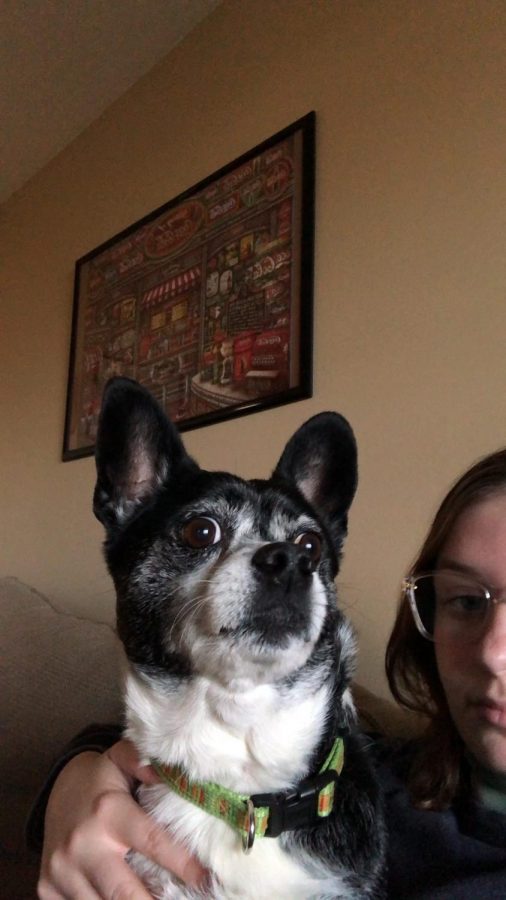 This month’s Spartan’s Best Friend is a very good friend of mine named Buddy. As you’ve probably figured, Buddy belongs to my family and me. Buddy is a Boston terrier mix with some corgi and chihuahua in him; he’s also an old man. You’ll usually find him lying around on the couch with a ball in his mouth. He’s recently gotten a new toy that is a head of a horse that he loves so much he hates to go anywhere without it. Buddy is a very cuddly little fella–unless he’s in a bad mood. Aside from his temper, he’s an absolute sweetheart and loves meeting new people. He might pee on them, however.