The Spartan Shield • May 11, 2021 • https://gehsspartanshield.org/2908/news/fearless-taylors-version-is-finally-here/ 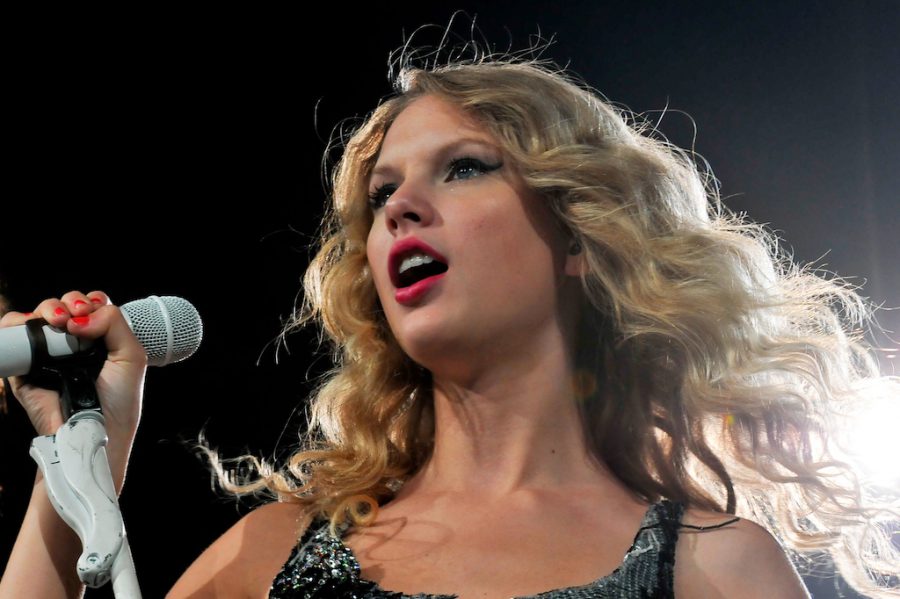 Taylor Swift releases her own newly recorded version of her 2009 album "Fearless."

After years of anticipation, “Fearless (Taylor’s Version)” is officially here. This album serves as Swift’s first of six re-recordings. The 26-track album has managed to transport fans back to 2008 when the original album was released and features old classics like “Love Story” and “You Belong With Me” as well as new vault songs like “Mr. Perfectly Fine” and “You All Over Me.”

In case you’re wondering why Swift is taking a blast to the past, here’s why: In 2005, new country artist Taylor Swift signed to Big Machine Records. Her contract with this label ended in 2018, giving her plenty of time to come out with six platinum albums and numerous smash hits such as “I Knew You Were Trouble” and “Shake It Off.” Once her contract with Big Machine expired, she signed to Universal’s Republic Records. When she switched labels, she lost all rights to her master recordings to her first six albums. This was because Big Machine Records sold the master recordings to powerhouse manager Scooter Braun and his label, who then sold them to another label for over $300 million.

This meant that whenever any of Swift’s old music was played, Scooter Braun would reap the benefits while Taylor Swift would get nothing. Swift, in a public 2019 Tumblr statement, claimed that Braun had repeatedly bullied her in the past, calling his actions ‘controlling.’ In the statement she also promised that she would re-record her first six albums so she could get the rights back.

And that’s exactly what she’s doing. The reception to “Fearless (Taylor’s Version)” has been very good. The album has swept the nation, debuting at number one on Billboard 200.

Swift Fans (better known as Swifties) from all over the world came together on April 9th, the day of the release, to celebrate together and were transported back 13 years to when the album first came out.

“fearless by taylor swift was the first album i ever bought as a kid so excuse me while i cry over the nostalgia for a few days,” someone said on Twitter.

It is not known how many albums have been re-recorded, but it is speculated that “1989” will come next. Following Swift’s appearance on Stephen Colbert, Swifties naturally turned into detectives and did some digging. After studying a mood board and the conversation between the singer and the late night host, fans have come to the conclusion that the first “1989” single will come out on Friday, May 14th with an album to follow on June 4th. While this has not been confirmed, it’s always fun to speculate–especially when you’re a Swiftie.

2020 was a huge year for Swift. She released not one, but two surprise albums: “Folklore” and “Evermore,” the former winning Album of the Year at the Grammys. 2020 was also the year that she started her re-recordings. Her contract stated that Swift wasn’t able to begin her re-records until the end of 2020.

“Fearless (Taylor’s Version)” has already reached the tops of charts all around the world, making this her third #1 album this year as well as making her the first female artist in history to have seven albums with over 1 billion streams on Spotify.

As of now it isn’t known what will come after “Fearless,” but I’m looking forward to whatever comes next from Taylor Swift.